A. & S. Witte Partnerschaft offers you expertise in the following fields 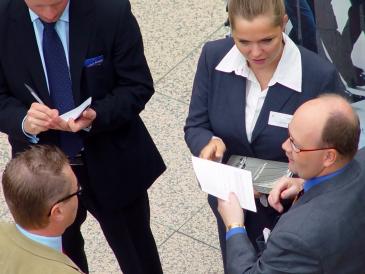 Translation, proofreading, certified translation, and editing of third party translations (with certification in regard to the accuracy and completeness of the rendering), terminology management

Monolingual proofreading (as required, revision in compliance with any of the following criteria: style, grammar, punctuation, spelling)

The following applies to all language services: The source or target language can, as required, be either UK English or US English. Some additional varieties of English may, upon request, be the source language. In addition, in the case of Spanish, you have the opportunity to submit either European or Latin American texts for handling, or you can inform Sebastian towards which of the two language varieties his Spanish should be orientated as a target language. Authentic European or Latin American Spanish is also available, in cooperation with native speakers, at a moderate surcharge. Portuguese: Sebastian has good basic knowledge of the differences between the two variants (found in Portugal and Brazil), such as, for instance, that Brazilian Portuguese favors the use of the third person singular for the familiar form designated by the second person singular in English, whereas, in Portugal, right up to this day not only the second person singular has been retained (tu), but even the second person plural (vós/"you guys", although this is usually expressed grammatically these days through vocês, which is the third person plural). Moreover, in this case, please note: when we cannot resolve a linguistic problem or any other issue relating to a specialist text ourselves, we know where to obtain expert advice.

In the case of multilingual translation and proofreading projects, by using the following selection criteria we can harness the tried and true expertise of "team textpartner", our network of specialists.

The team currently handles the following additional language pairs (upon request, we collaborate with further "hand-picked" colleagues, however mainly in regard to combinations involving the languages that we ourselves master, as well as Italian, as an additional major representative of the Romance languages):

Language services in additional language pairs involving German or English (such as combinations of one of these and Dutch, Polish, Russian, Croatian, Turkish, Kurdish, etc.) may be booked upon request.